New species of birds discovered in 2020

Four new species of birds were discovered in Mongolia in 2020. 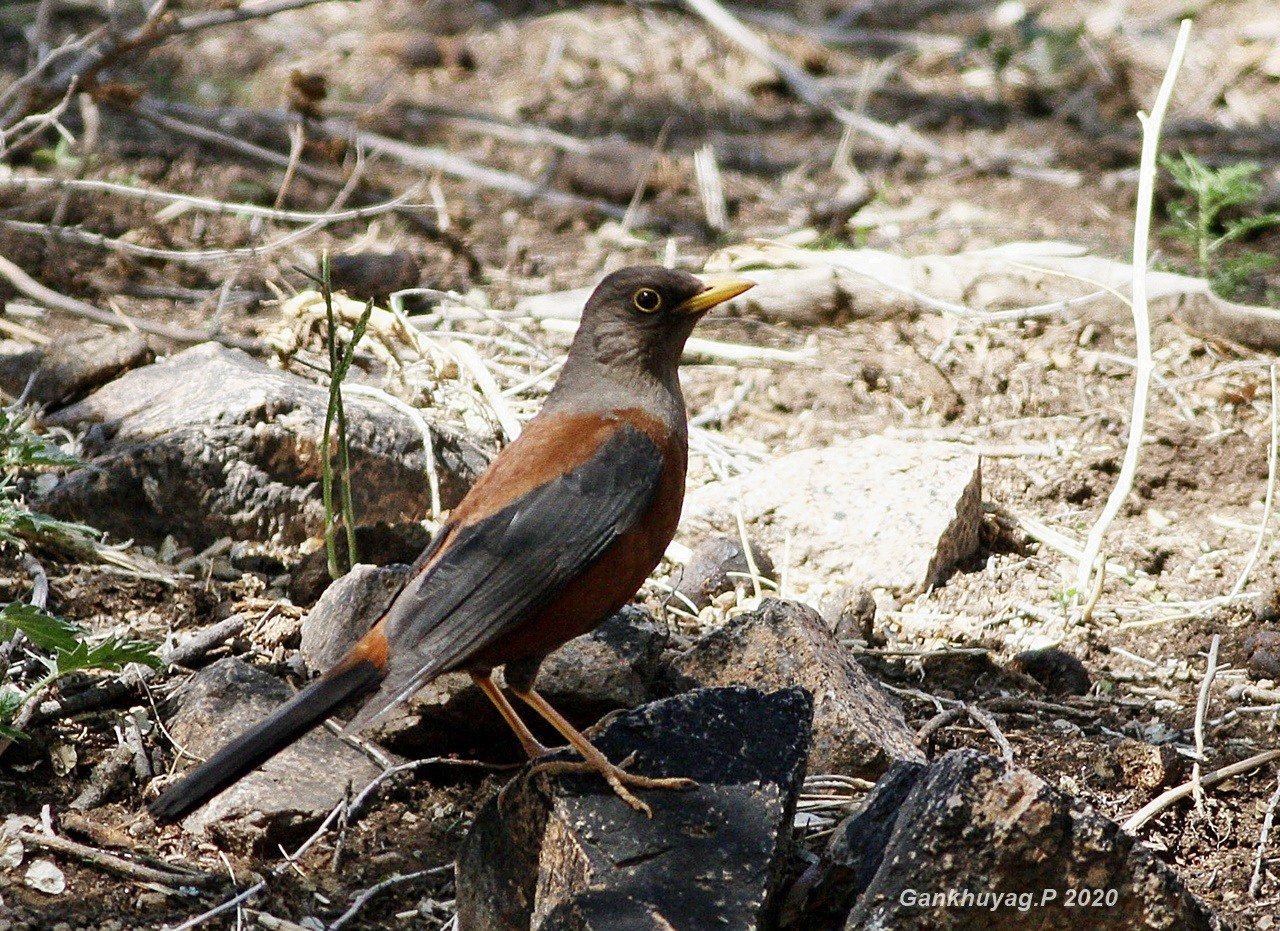 The number of bird species has been increasing in recent years due to an increased number of dedicated researchers, birders, and birding tours run by foreign tour companies. As of 2020, the Mongolian bird list comprises 518 species. Here we highlight new species of birds recorded in Mongolia in 2020.

Tuvshintugs Sukhbaatar - a researcher at the Wildlife Science and Conservation Center discovered a single individual among other geese in Khurkh River Valley, NE Mongolia in late April 2020.

Barnacle geese breed mainly on the Arctic islands of the North Atlantic. The three main populations, with separate breeding and wintering ranges, from west to east, are:

The species breeds in moist conifer and mixed conifer-broadleaf evergreen forest, including deodar (Cedrus deodara), fir (Abies), horse-chestnut (Aesculus) and brown oak (Quercus semicarpifolia) forests, with well-developed ground cover; avoids inner, drier, sparser tracts with sparse understorey, keeps to shadier areas at an altitude of 1500–3300 m in Himalayas. In winter, it goes to the lower areas, down to 450 m, and stays in open woodland and orchards at 900–2500 m, rarely down to 200 m, in SE Asia.

A Wildlife photographer, Iderbat Enkhtaivan photographed Mongolia's first Black-necked Crane in Bulgan province, N Mongolia in mid-June 2020. This was a second-calendar year individual and seen together with two Common Cranes.

The black-necked crane summers mainly in the high altitude Tibetan Plateau. The breeding areas are alpine meadows, lakeside and riverine marshes and river valleys. They also make use of barley and wheat fields in these areas. Wintering areas tend to be in sheltered valleys or lower altitudes. The largest populations are in China with smaller numbers extending into Vietnam, Bhutan and India. Small populations have been noted in northern Sikkim. A small group of 20 to 40 was once known to regularly visit the Subansiri area in the Apa Tani valley until 1975 and vagrants have been recorded in Nepal.

The long-billed plover is widely distributed throughout South and East Asia. It is quite uncommon throughout its range and occurs in small numbers. Breeding ground generally includes western, northern, and central parts of China, Japan, North Korea, and South Korea. Many instances of breeding activity have been reported in the Bureya river and other parts of far east Russia, Honshu island in Japan, southeastern China, and in the western Arunachal Pradesh in India near the Himalayas. This species has also been spotted during its breeding season in Singapore. The long-billed plover travels south of its breeding range to spend the winter. It generally winters throughout eastern Nepal, northeast India to Indochina, southern China, South Korea, Honshu, Shikoku, and Kiyushu islands of Japan, Taiwan, Myanmar, Malaysia, and Thailand. Populations on the three main islands of Japan do not generally migrate south and are year-round residents. Only the population in Hokkaido travel south to winter in warmer climates.