The researchers from WWF Mongolia program have recently undertaken another census in January 2020 and a total of 5,070 Saiga Antelopes were counted during the survey. 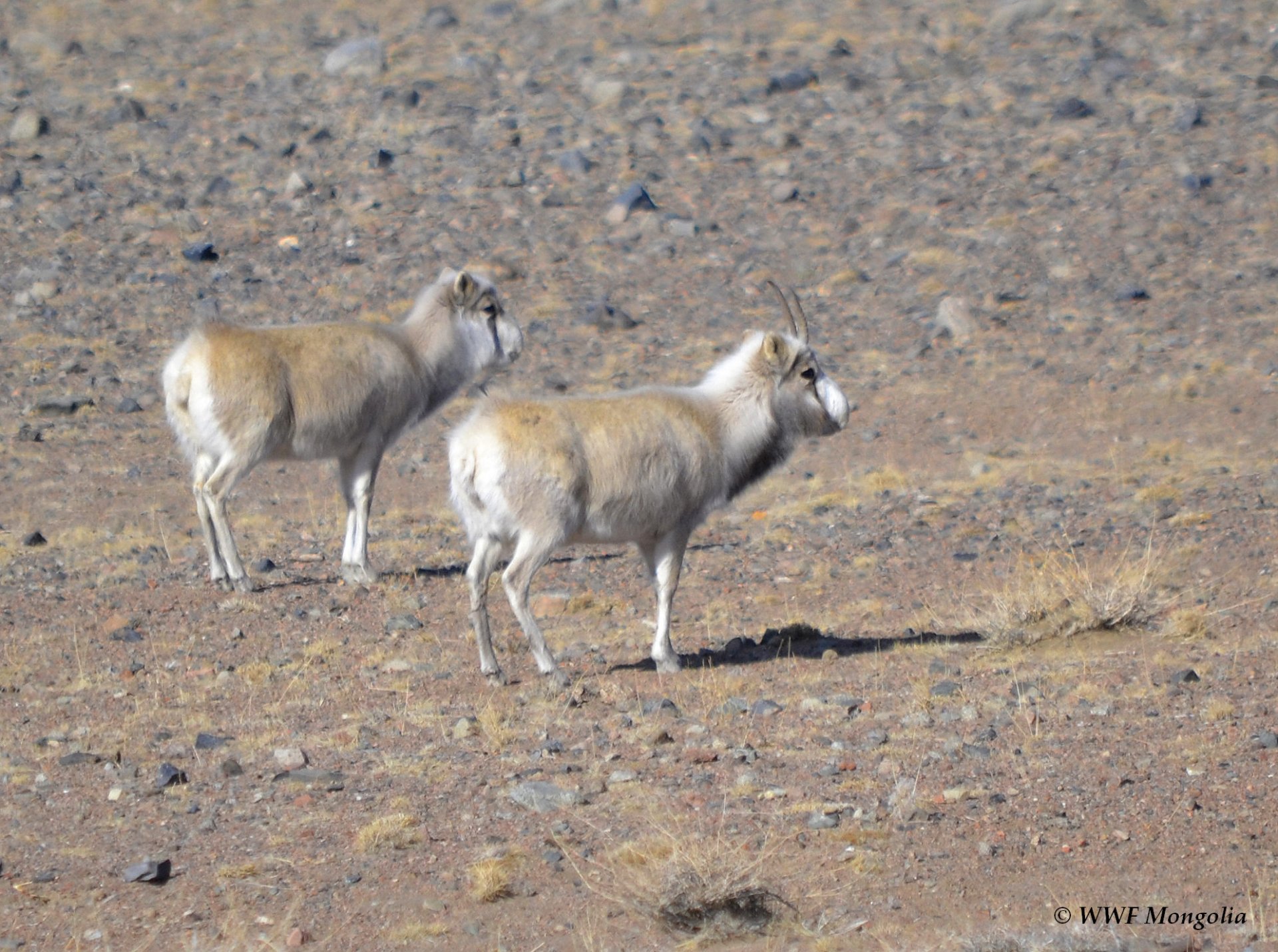 Mongolian Saiga population has declined in recent years due to loss of food availability, severe winter conditions and infectious diseases. It was estimated that there were 3,800 Saiga Antelopes as a result of census conducted in December 2018. The researchers from WWF Mongolia program have recently undertaken another census in January 2020 and a total of 5,070 Saiga Antelopes were counted during the survey.

The team used a Line Transect method and survey area covered Sharga Gobi, Khuis Gobi, Durgun Steppe, Mankhan Steppe, and territories of Zavkhan  county of Uvs province and Durvuljin county of Zavkhan province. Dr. Gantulga Bayandonoi, Species Officer at WWF Mongolia, say that although vegetation condition was quite good last summer, we do not know what summer conditions will be next few years. Thus, we should stay focused on the necessary conservation actions to maintain the Saiga population viable.

Although Saiga population has increased at certain rate, we cannot relax as there are still many threats facing Saiga Antelopes such as poaching, loss of pasture due to overgrazing by domestic livestock, droughts and harsh winter conditions, and infectious diseases. There were 15,000 Saiga Antelopes in 2014 and unfortunately, thousands of them died in 2017 due to harsh winter conditions driven by deep snow and a livestock virus known as PPR or Peste des Petits Ruminants. Therefore, further conservation actions like reintroducing them in their historic range and creating multiple independent populations will likely to reduce effects of climate and infectious diseases. Moreover, experts highlight that expanding the boundaries of protected areas covering mating and calving sites and reducing poaching rate will save this critically endangered species from extinction.