A first record of Baird's Sandpiper for Mongolia

On 11 February 2017 Purevsuren Tsolmonjav and Jargalsaikhan Lamjav have documented a first record of Baird's Sandpiper for Mongolia. 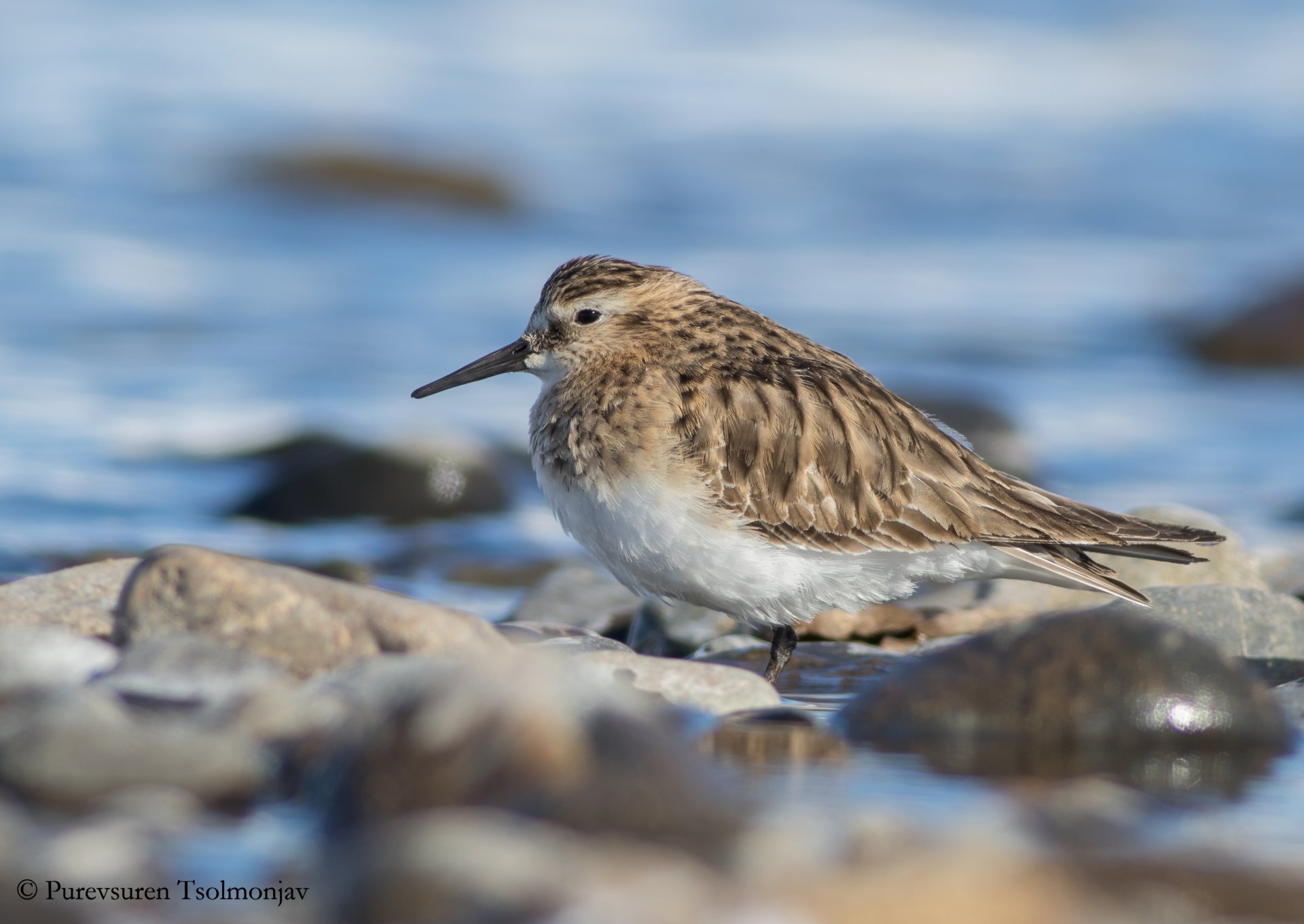 On 11 February 2017 Purevsuren Tsolmonjav and Jargalsaikhan Lamjav have documented a first record of Baird's Sandpiper for Mongolia. They travelled to the Tsetserleg town, central Arkhangai province, Mongolia, to locate and obtain images of Solitary Snipe Gallinago solitaria, the only sedentary wader species in Mongolia and one that they had not previously seen. This species had been recorded once by the Tamir River just south of Tsetserleg town in February 2014. It is a mountainous area with clean, unpolluted streams and forestry. While they were searching for Solitary Snipe along a stream near Tsenkher village, they saw an unfamiliar small wader on the gravel shore by the stream which later turned out to be a Baird's Sandpiper. This species breeds across Arctic Canada and Alaska, extending to north-western Greenland and eastern Siberia. It is a long-distance migrant to western and southern South America, with birds regularly reaching the Falkland Islands, and recorded on the Antarctic Peninsula and South Georgia. Baird’s sandpiper also occurs as a vagrant in Europe and Australia. It was very interesting record as it has been recorded in winter and too far from its normal winter range.

This bird in central Mongolia was presumably an autumn migrant that had lost its orientation to its normal wintering grounds and stayed by an unfrozen stream during the winter. The species is not mentioned in Gombobaatar & Monks (2011) and this observation of an individual in central Mongolia is, to the best of our knowledge, the first confirmed record for Mongolia.